Here are a few of the projects sponsored by the Maggie Phair Institute.

Class War is the new two-player asymmetric strategy game from the team behind Jacobin, the largest socialist magazine in the United States.

In Class War, you are a collective entity: a social class — either the Capitalists or the Workers. You’ll fight for social dominance in an unstable constitutional democracy. Will the Capitalists crush this rising wave of popular discontent and entrench their position as masters of society? Or will the Workers triumph over the power of money to make society more equal and just? 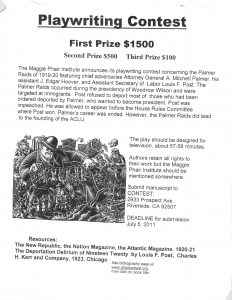