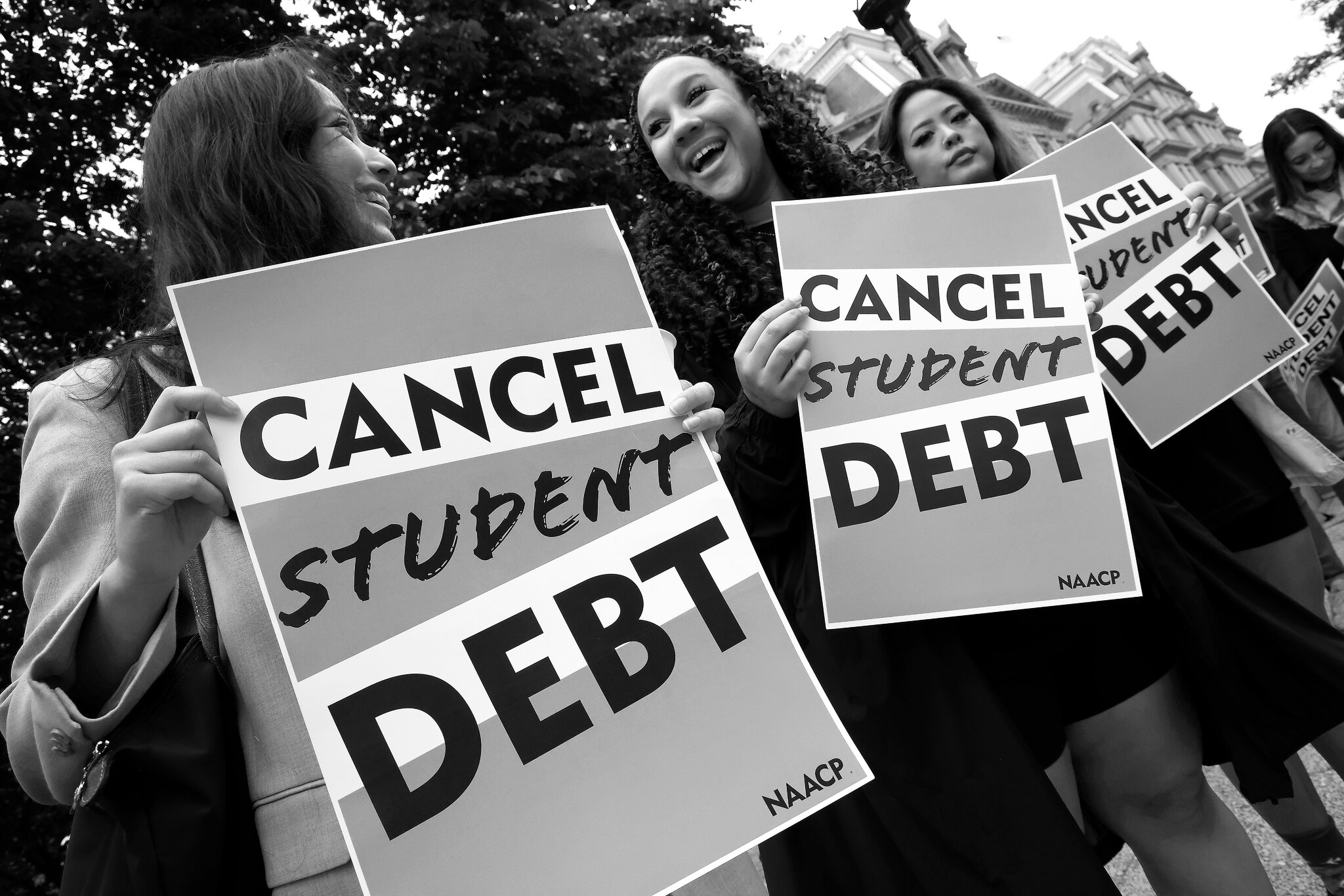 Even writing off every penny of student debt would cost less than Trump’s tax giveaways for corporations and the rich.

I borrowed money to pay for college. Like 45 million other Americans who did the same, I owe student loan debt.

My generation was sold a pipe dream about what a degree could mean for our future. I wanted so badly for this dream to come true that I leapt at the opportunity to take out loans.

What I didn’t know then was just how much the cost of higher education was soaring — and that colleges were hiking prices to take advantage of the federal government’s willingness to help poor and low-income students like me cover tuition.

I remember talking to my college counselor about how she paid $240 a year to attend one of the best universities in my home state. Since my counselor attended college, inflation has risen 645 percent. Meanwhile, tuition at the college she attended has risen 11,820 percent.

If you ask earlier generations how they paid for college, they say things like “I worked a part-time job after school.” Yeah, I did that, too. You know what that money went toward? Rent, gas, and bills. My McDonald’s job was barely enough to keep me afloat, let alone pay for my tuition and other expenses.

It was either take out student loans or drop out of college. I chose not to drop out.

I graduated and eventually got a job in my field. But with the rising cost of housing and everything else, that loan debt, which is already inflated by skyrocketing college costs, now feels suffocating. It prevents me from qualifying for a good mortgage loan and makes me second guess whether I can afford to have children.

My loan is just a tiny fraction of the national student loan debt. The $1.7 trillion student loan borrowers owe is a massive policy problem affecting everything from housing to the job market to retirement savings and so much more.

That’s why there’s a growing movement calling on the federal government to cancel some or all of this debt.

If the federal government canceled $50,000 worth of student loans, it would give 36 million borrowers a new lease on life. It could enable them to buy a house, start a family, or open a business.

I know it sounds like a radical idea to cancel up to $50,000 worth of student loan debt. It’s not.

If you’ll remember, former president Donald Trump and the Republican Party passed a $1.9 trillion, high-end tax cut in 2017 that’s been called “socialism for the rich.” It led to billionaires paying a lower average tax rate than the working class for the first time in U.S. history, and is directly responsible for corporate tax revenues plunging to near record lows.

That sounds a lot more radical to me than helping regular people. Even writing off every penny of student debt would cost less than Trump’s tax cuts for corporations and the rich.

President Biden has expressed interest in forgiving some student loan debt, although he’s indicated he may not cancel more than $10,000.

I’d welcome any amount being knocked off my loan. But I fear if Biden cancels only $10,000, he would fumble an enormous opportunity to improve millions of lives and give the economy a desperately needed shot in the arm.

The precedent is there. The U.S. has a long history of economic bailouts dating back to 1792.

The benefits are there. Studies show forgiving student loan debt would create jobs, grow the economy, and have the added benefits of helping to narrow the racial and gender wealth gaps.

And, importantly, student debt forgiveness has broad public support, including among people without a college degree and without student loan debt, as well as young people.

It’s time for the federal government to bail the people out. It’s time to cancel student loans.

This article originally appeared on OtherWords.org.