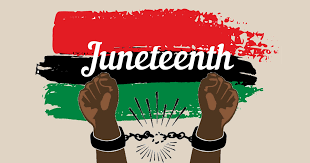 One day in late June, 1865, Union soldiers arrived in Galveston, Texas. They carried some historic news: Legal slavery had ended some two and a half years ago with President Lincoln’s Emancipation Proclamation. And so some of the last enslaved people left in America were freed.

The day became known as “Juneteenth,” a holiday still celebrated today in black communities across the United States.

Yet more than 150 years after slavery, black wealth still lags centuries behind white wealth. A report by the Institute for Policy Studies (IPS) found that it would take 228 years for black families to amass the amount of wealth white families already own today.

In fact, the racial wealth divide is greater today than it was decades ago, and still widening. That divide won’t close without bold, structural reform to match the structural injustices that created it — from slavery itself to Jim Crow, red lining, and mass incarceration.

A more recent IPS report offered a number of promising solutions to close this gap. Some ideas include….

1. Baby Bonds: Baby bonds are federally managed accounts that could be set up at birth for all kids and grow over time. When a child reaches adulthood, they could use these federally seeded funds for education, to buy a house, or start a business.

2. Guaranteed Employment and a Living Wage: Bridging the racial wealth means creating good jobs that pay a living wage for everyone who can work. A federal jobs guarantee would provide universal job coverage and eliminate involuntary unemployment. A much higher minimum wage would ensure all jobs actually support families.

3. Affordable Housing: Secure housing remains out of reach for millions of families, and homes are the biggest source of middle class wealth. We need big investments in public housing, rent control, and down payment assistance for first-time buyers from marginalized backgrounds to ameliorate historical injustices and address the current crisis.

4. Medicare for All: People of color accounted for more than half of the 32 million non-elderly uninsured people in 2016, putting them at serious medical and financial risk. Medicare for All would drastically reduce bankruptcies from health care, the single largest source for all Americans.

5. Postal Banking: People of color are particularly vulnerable to being unbanked, along with rural people and the elderly. The Postal Service could offer short term, low-interest loans to these populations to protect them from predatory payday lenders.

6. Higher Taxes on the Ultra-Wealthy: Significantly raising taxes on the extremely rich would reduce the corrupting influence of wealth on our politics while producing significant revenue to create opportunities for those who’ve been blocked from generating wealth.

7. Fixing the Tax Code: We spend $600 billion per year on tax subsidies that ensure the wealthy are able to become wealthier. Shifting these expenditures toward low-wealth people would have a monumental impact.

8. Reparations: A bill called HR 40, championed currently by Rep. Sheila Jackson Lee (D-TX-18), would create a commission to study the issue of reparations and grapple with what they could really look like. That’s a welcome step.

9. Better Data Collection: It’s difficult to understand the scope of the racial wealth divide without good information on the full range of racial diversity in the United States. Localized data on household assets and debt by race would provide better insight for policy making.

10. A Racial Wealth Audit: All laws and policies can have unintended consequences. So we need a framework to assess the impact of new ideas on the wealth divide.

All of these are bold ideas. But none are so bold as the news that greeted Galveston in 1865: Slavery was over. This Juneteenth, let’s keep thinking radically about how to take on this incredibly important challenge.

Jessicah Pierre worked as an inequality media specialist at the Institute for Policy Studies. She now works in public service. This op-ed was distributed by OtherWords.org.