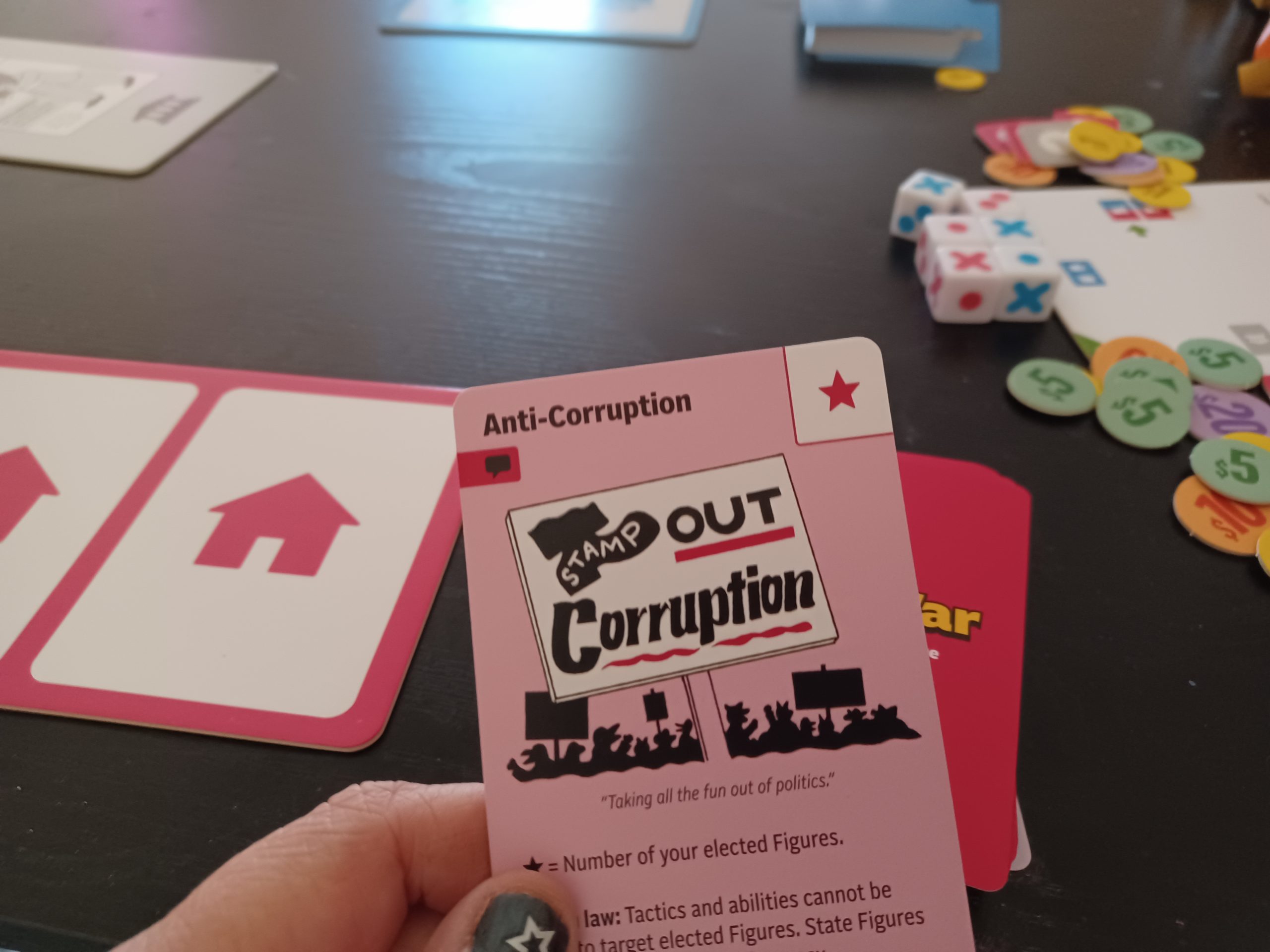 Since the Maggie Phair Institute for Democracy and Human Rights helped sponsor and support Class War: The Jacobin Board Game, I decided to pick up a copy and test it out with my friends with a socialist/anarchist game night. 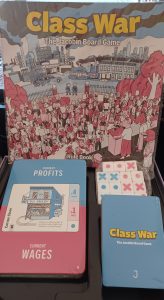 This game isn’t hard to figure out and once you have it setup and you’ve figured out the rules, it’s really enjoyable. The game also looks sleek and feels fun. It has an almost Bojack Horseman vibe to it with the animal workers and capitalists animating the cards.

If you regularly do game nights with friends, this is going to be an easy game to incorporate into your collection and, despite it being only a handful of economic and workplace scenario larger card pieces, the smaller capitalist and worker cards themselves and what you draw from your corresponding deck make this game a new experience each time you start another round. 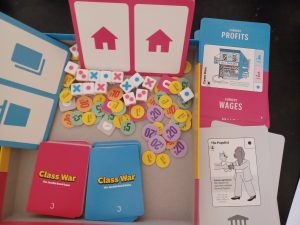 It does feel educational. While it’s overall fun, I couldn’t help but shake the feeling that I played a similar game in my high school economics class. Being a PhD student and an educator for the Maggie Phair Institute for Democracy and Human Rights means that the educational feel didn’t bother me much, but it would be fun to add in a few more outlandish features of this game, maybe in the way of an expansion pack, to mix in a bit more humor with the educational feel.

I will also note that when I did play a similar game something like 20 years ago in high school, that game was very much pro-capitalist with a capitalist point of view and this game is very much not that. 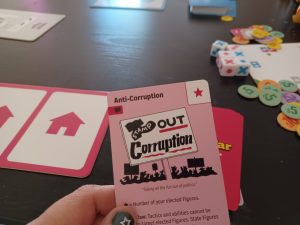 Honestly, the worst part about this game is being a capitalist. As a group of solid leftists, none of us were really all that committed to playing the part. We ended up agreeing that we’d rotate and take turns, just to make the gameplay fair for all of us.

But if you have friends that aren’t yet radicalized, that don’t see the harm in capitalism, and who think that workers are demanding too much, giving them the role of the capitalist and playing this game is a great way to teach them about the exploitatively properties of capitalisms all while pretending you’re having a fun little game night.