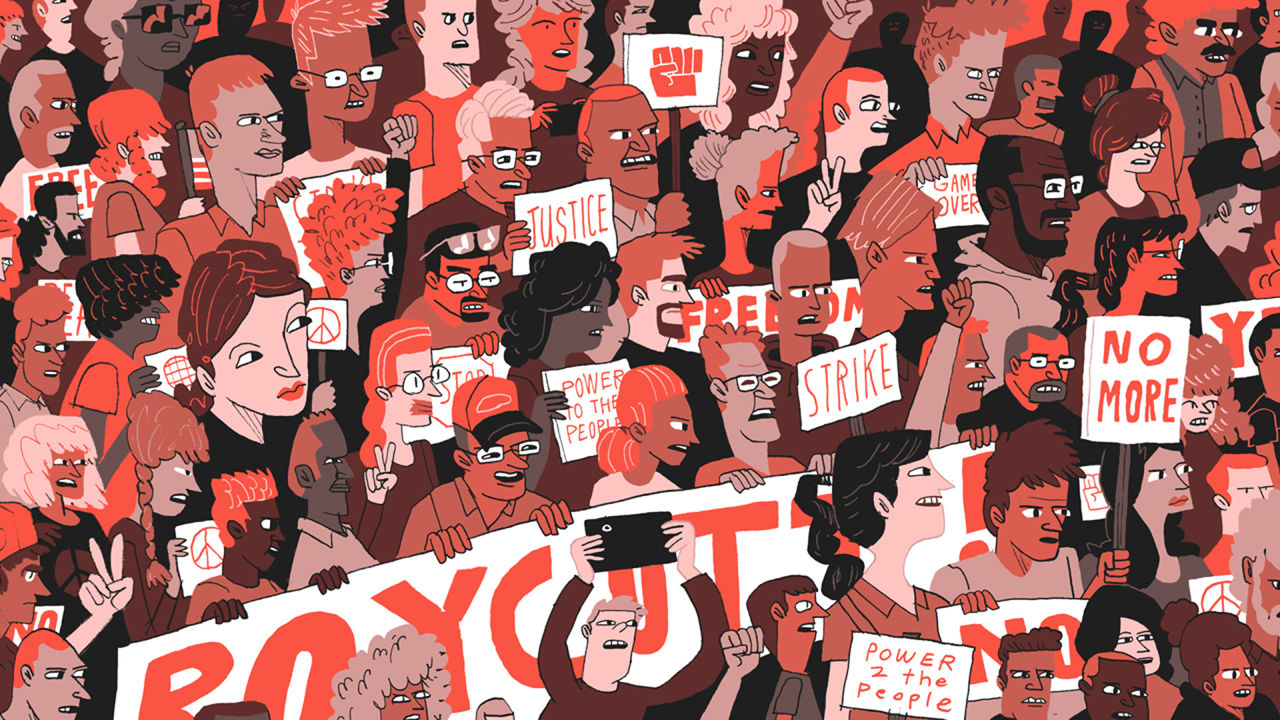 To say that climate change now poses an existential threat is no understatement. It’s not hyperbole and it’s not alarmist. Why? While there is some complexity in the details, it’s rather simple in principle. When an ecosystem is disrupted due to climate change, it triggers the disruptions of subsequent ecosystems. We can perhaps think of the sequence like an extensive set of dominos, with each falling domino representing an ecosystem. Within each ecosystem are elements absolutely essential to supporting life.

It is likely that you’ve heard some mention about the relationship between capitalism and climate change. More and more evidence has revealed that the planet’s ability to host life is being directly threatened by capitalism. We are now even hearing words like “extinction”. That may sound unthinkable. Unfortunately, it’s true. Capitalism, as an economic system, must grow in order to sustain itself. This isn’t to be confused with population growth, but refers to economic growth. The means for that economic growth are carbon intensive, whether it be through the extraction of carbon-emitting fossil fuels or through the transportation of goods and services. Today, the planet’s carrying capacity simply cannot withstand that continued growth. This is no longer a case where mitigated growth is enough to save the day. The science now supports the conclusion that the planet can’t handle any carbon-intensive growth. As such, it means that we’d need to re-think how we approach our relationship to production, our relationship to the land, our relationship to food, on and on.

For starters, we know that the United States military is the world’s leading polluter. In 2017, EcoWatch issued a report detailing the myriad ways in which the U.S. military contributes to ecological destruction. According to the report, “U.S. military bases, both domestic and foreign, consistently rank among some of the most polluted places in the world, as perchlorate and other components of jet and rocket fuel contaminate sources of drinking water, aquifers and soil.” Furthermore, according to Ecowach, “One of the most recent testaments to the U.S. military’s horrendous environmental record is Iraq. U.S. military action there has resulted in the desertification of 90 percent of Iraqi territory, crippling the country’s agricultural industry and forcing it to import more than 80 percent of its food.” In this instance, we can see that, in addition to the destruction to the land of the invaded country, there is also the transport (carbon-emitting/fossil fuel-intensive) component, as Iraq must now import foodstuffs. As both the Democratic and Republican parties have provided an incredible level of support to the military, a sense of despair might be a rather reasonable response. If elected officials aren’t willing to take a stand to an outfit so heavily-responsible for our planet’s ecological destruction, who can? The answer is both simple and complex: the people can because they must.

As was mentioned before, capitalism must grow in order to sustain itself as a system. Professor David Klein states in “The Limits of Green Energy Under Capitalism” that “Capitalism requires perpetual economic growth in order to avoid economic crises such as the Great Depression” and  “More specifically, in order to stave off mass unemployment and economic misery, capitalism requires increasing commodity production, escalating resource extraction, increasing trash and toxic dumping, and ever increasing energy production. Capitalism, by its very nature, must expand unendingly and it has already surpassed the limits of sustainable growth in the sense that global consumption now exceeds the planet’s bio-capacity to regenerate the resources consumed.” If capitalism is incompatible with ecological sustainability, where do we go? The answer, according to Klein and an increasing number of scholars and scientists, is socialism.

“As Richard Smith points out in Green Capitalism: The God that Failed, the scale of change needed to achieve a sustainable civilization is staggering. The rapid reduction of greenhouse gas emissions together with resource conservation requires that we radically reduce or close down large numbers of power plants, mines, factories, mills, processing and other industries around the world. It means drastically cutting back or closing down not only fossil fuel companies, but the industries that depend on them, including automobile, aircraft, airline, shipping, petrochemical, construction, agribusiness, lumber, pulp and paper, and wood product companies, industrial fishing operations, factory farming, junk food production, private water companies, packaging and plastic, disposable products of all sorts, and above all, the war industries. The Pentagon is the single largest institutional user of petroleum products and energy.”

You might ask how it is we’d realize what’s described above. Inherent to socialism is the democratic process. Collectively, the people would need to dismantle and replace. This isn’t meant to imply that polluting industries would necessarily give up their power to pollute and profit from that pollution. Not by any stretch. However, we’ve also yet to see a mobilization at the level that might be necessary to force such a transition. Planning would need to be developed by the people, and it would need to be done in a way that’s in accordance/harmony with ecological sustainability. Permaculture, which considers our relationship to food and land, might be a key consideration. How we produce goods would be a consideration. How we transport goods would be a consideration. Undoubtedly, the cultural shift would be seismic. It may be uncomfortable. But what we’re trying to ensure is survival, so discomfort and inconvenience would need to be seen in that context.

So, the bottom line is this: We are at a critical moment in human history. Life under our current economic system – capitalism – has reached a point where we have a choice that carries incredible consequences. We can choose to work together to dismantle capitalism and the ecological destruction it has delivered, and in doing so, guarantee a future for life on the planet. We can transition to an economic model – socialism – that places ecological harmony and life as priority. Or, we can continue our current trajectory and endure what will be a painful process of gradual extinction. Water will become increasingly scarce. Food will become increasingly scarce. Battles over food and water will intensify. Logically, this sounds like an easy choice. It’s a choice we will have to make.