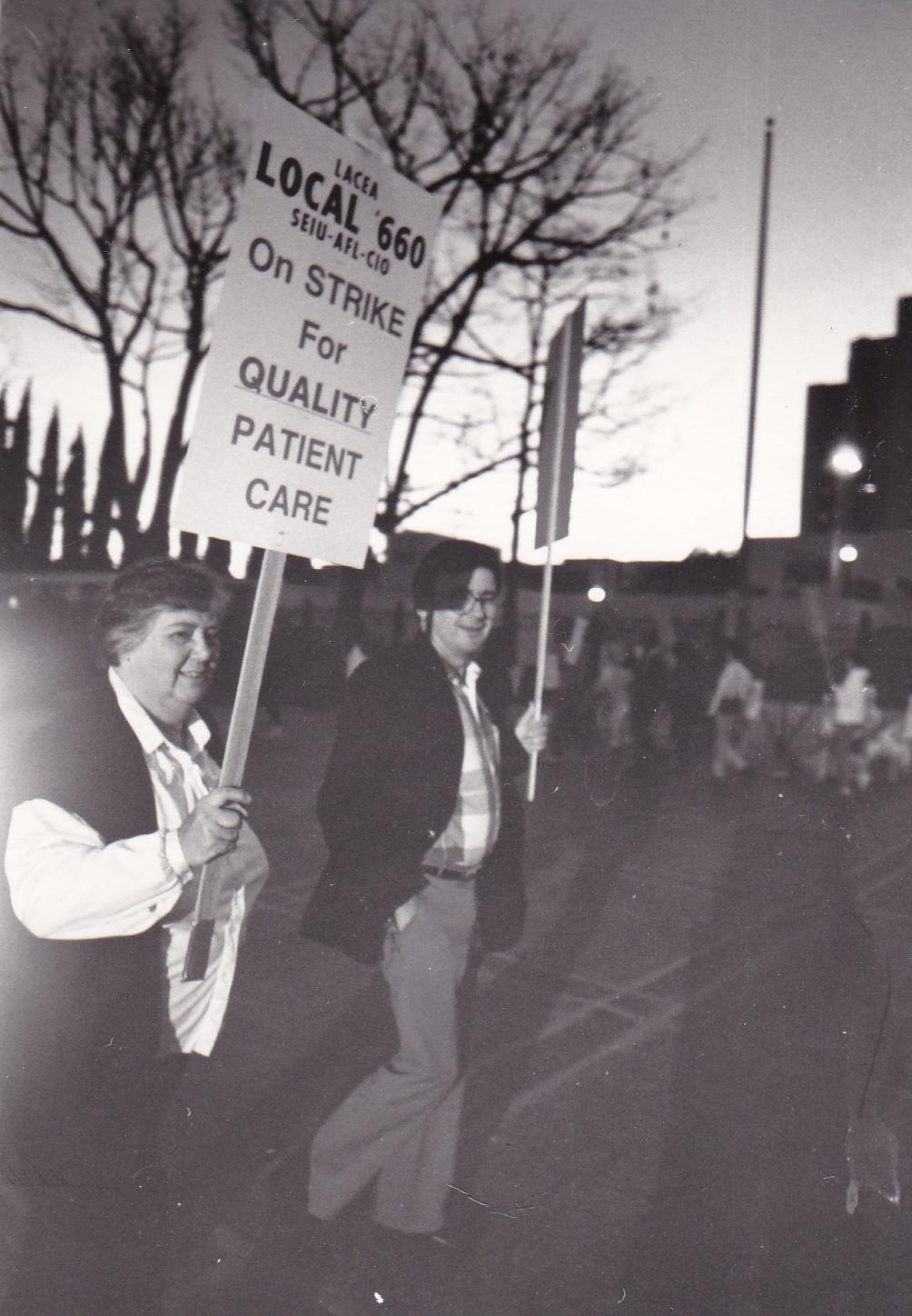 Maggie Phair was born just before the stock market crash of 1929 and she grew up in the shadow of the Great Depression.

Maggie’s activist career began at San Fernando High School when she brought the director of the Urban League to challenge racial slurs made by a teacher against Japanese, who had just been released from relocation camps. She challenged the discriminatory standards that enrolled all Chicano students in agriculture or home economics majors.

Soon after enrolling at UCLA she joined the Congress on Racial Equality, helping to desegregate Bullock’s Tearoom, and Bimini Baths, a popular swimming pool. Anti-racist work convinced her of the need for full employment, and for democratic socialism.

In 1967 she became a founding member of the Peace and Freedom Party of California to provide a viable alternative for voters who support civil rights and oppose war. She is a strong advocate for free speech, even for the bad guys. Nationally, Maggie was active in the Socialist Party USA.

Maggie helped build the social workers’ chapter of Service Employees International Union Local 535. She fought the company association to its defeat and was one of the key organizers who brought the chapter to a strength of 2000 members and its status as SEIU Local 535.

A peace activist, her opposition to war began with the dropping of the atom bomb and has included opposition to the Korean War, Vietnam War and to U.S. intervention in Central America and the Middle East. In August 1990, Maggie helped to organize the first demonstration in Los Angeles opposing a U.S. military presence in the Persian Gulf.

Maggie co-founded the January 22nd Committee for Reproduction Rights which was a leading pro-choice organization in Los Angeles. Maggie had a lifelong enjoyment of kaleidoscopes, limericks and hootenanies.