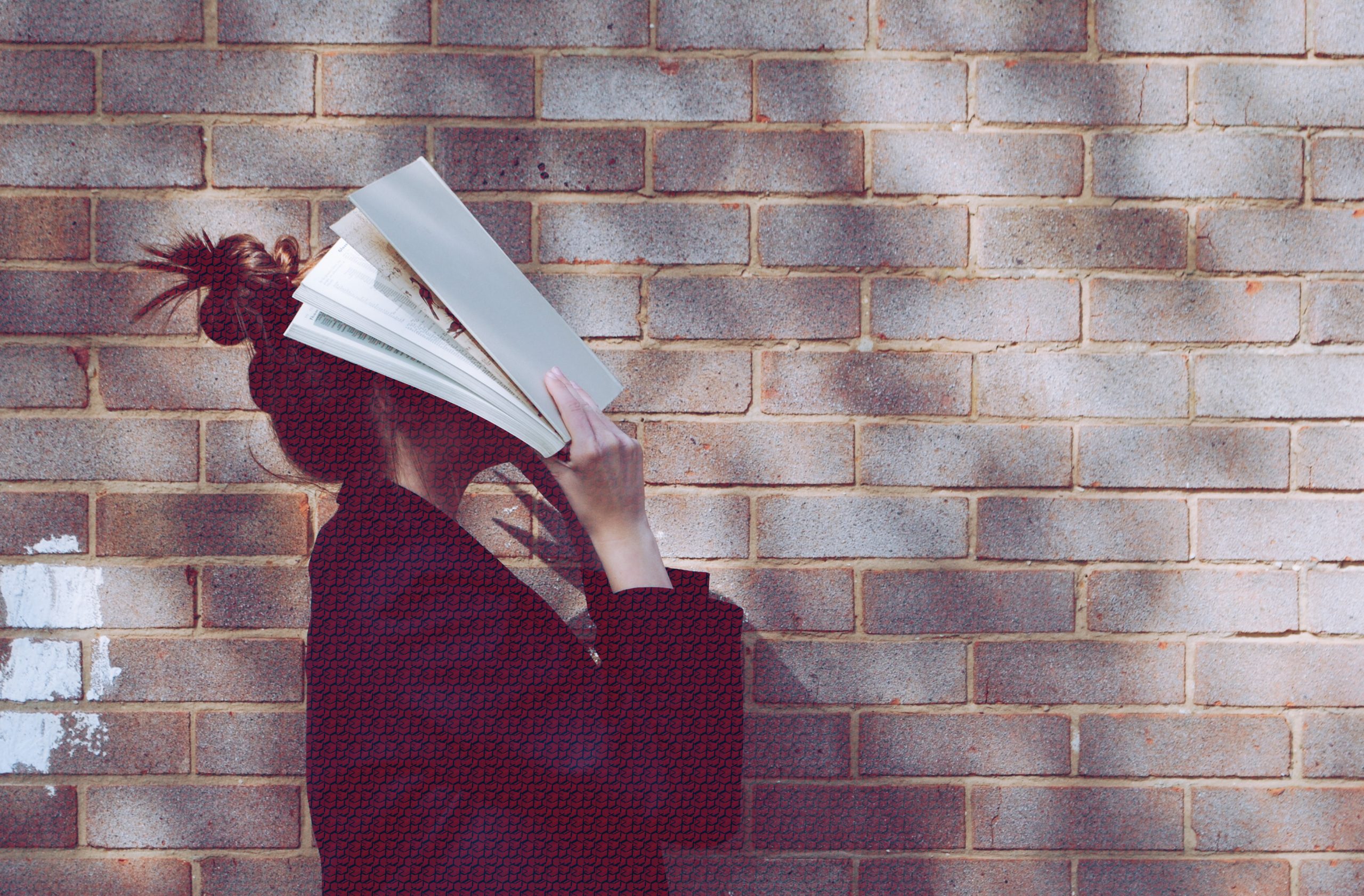 The history of capitalism is the history of exploitation – and exploitation and human rights cannot and do not coexist; they are inherently at odds with one another. That means that capitalism is a system in which human rights are constantly under threat by a system that exploits. You don’t have to take my word for it – there are a plethora of media sources like music, movies, articles, and books that cover the topic.

For those interested in learning more about how capitalism and human rights don’t mix, here are some book recommendations:

Caliban and The Witch by Silvia Federici
Here is a description of the book from AK Press: 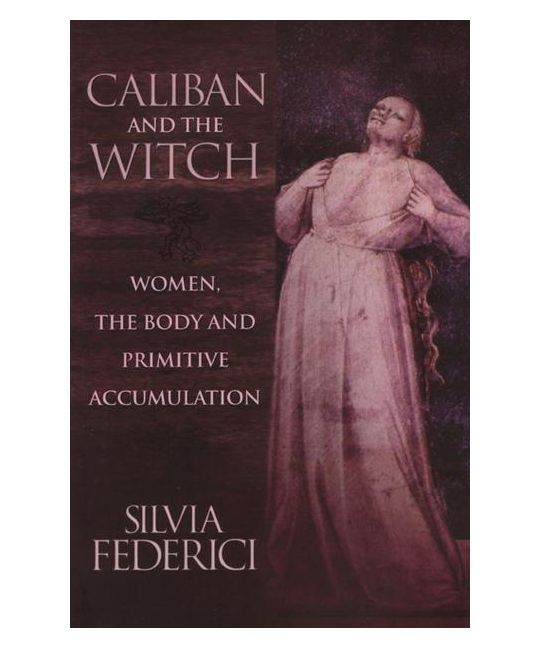 Caliban and the Witch is a history of the body in the transition to capitalism. Moving from the peasant revolts of the late Middle Ages to the witch-hunts and the rise of mechanical philosophy, Federici investigates the capitalist rationalization of social reproduction. She shows how the battle against the rebel body and mind are essential conditions for the development of labor power and self-ownership, two central principles of modern social organization.

“In the neoliberal era of postmodernism, the proletariat is whited-out from the pages of history. Federici recovers its historical substance by telling its story starting at the beginning, with the throes of its birth. This is a book of remembrance, of a trauma burned into the body of women, which left a scar on humanity’s memory as deep and painful as those caused by famine, slaughter, and enslavement.” —Peter Linebaugh

Here’s a description of the book from Melville House:

The groundbreaking international best-seller that turns everything you think about money, debt, and society on its head—from the “brilliant, deeply original political thinker” David Graeber (Rebecca Solnit, author of Men Explain Things to Me)

Before there was money, there was debt. For more than 5,000 years, since the beginnings of the first agrarian empires, humans have used elaborate credit systems to buy and sell goods—that is, long before the invention of coins or cash. It is in this era that we also first encounter a society divided into debtors and creditors—which lives on in full force to this day.

So says anthropologist David Graeber in a stunning reversal of conventional wisdom. He shows that arguments about debt and debt forgiveness have been at the center of political debates from Renaissance Italy to Imperial China, as well as sparking innumerable insurrections. He also brilliantly demonstrates that the language of the ancient works of law and religion (words like “guilt,” “sin,” and “redemption”) derive in large part from ancient debates about debt, and shape even our most basic ideas of right and wrong.

We are still fighting these battles today.

Revenge Capitalism: The Ghosts of Empire, the Demons of Capital, and the Settling of Unpayable Debts by Max Haiven

Here is a description of the book from Pluto Press:

Capitalism is in a profound state of crisis. Beyond the mere dispassionate cruelty of ‘ordinary’ structural violence, it appears today as a global system bent on reckless economic revenge; its expression found in mass incarceration, climate chaos, unpayable debt, pharmaceutical violence and the relentless degradation of common life.

In Revenge Capitalism, Max Haiven argues that this economic vengeance helps us explain the culture and politics of revenge we see in society more broadly. Moving from the history of colonialism and its continuing effects today, he examines the opioid crisis in the US, the growth of ‘surplus populations’ worldwide and unpacks the central paradigm of unpayable debts – both as reparations owed, and as a methodology of oppression.

Revenge Capitalism offers no easy answers, but is a powerful call to the radical imagination.

The Universal Adversary: Security, Capital and ‘The Enemies of All Mankind’ by Mark Neoclous

Here is a description of the book from Routledge: 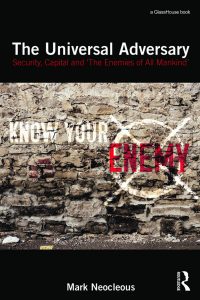 The history of bourgeois modernity is a history of the Enemy. This book is a radical exploration of an Enemy that has recently emerged from within security documents released by the US security state: the Universal Adversary. The Universal Adversary is now central to emergency planning in general and, more specifically, to security preparations for future attacks. But an attack from who, or what? This book – the first to appear on the topic – shows how the concept of the Universal Adversary draws on several key figures in the history of ideas, said to pose a threat to state power and capital accumulation. Within the Universal Adversary there lies the problem not just of the ‘terrorist’ but, more generally, of the ‘subversive’, and what the emergency planning documents refer to as the ‘disgruntled worker’. This reference reveals the conjoined power of the contemporary mobilization of security and the defense of capital. But it also reveals much more. Taking the figure of the disgruntled worker as its starting point, the book introduces some of this worker’s close cousins – figures often regarded not simply as a threat to security and capital but as nothing less than the Enemy of all Mankind: the Zombie, the Devil and the Pirate. In situating these figures of enmity within debates about security and capital, the book engages an extraordinary variety of issues that now comprise a contemporary politics of security. From crowd control to contagion, from the witch-hunt to the apocalypse, from pigs to intellectual property, this book provides a compelling analysis of the ways in which security and capital are organized against nothing less than the ‘Enemies of all Mankind’.

Capital and Ideology by Thomas Piketty

The epic successor to one of the most important books of the century: at once a retelling of global history, a scathing critique of contemporary politics, and a bold proposal for a new and fairer economic system.

Thomas Piketty’s bestselling Capital in the Twenty-First Century galvanized global debate about inequality. In this audacious follow-up, Piketty challenges us to revolutionize how we think about politics, ideology, and history. He exposes the ideas that have sustained inequality for the past millennium, reveals why the shallow politics of right and left are failing us today, and outlines the structure of a fairer economic system.

Our economy, Piketty observes, is not a natural fact. Markets, profits, and capital are all historical constructs that depend on choices. Piketty explores the material and ideological interactions of conflicting social groups that have given us slavery, serfdom, colonialism, communism, and hypercapitalism, shaping the lives of billions. He concludes that the great driver of human progress over the centuries has been the struggle for equality and education and not, as often argued, the assertion of property rights or the pursuit of stability. The new era of extreme inequality that has derailed that progress since the 1980s, he shows, is partly a reaction against communism, but it is also the fruit of ignorance, intellectual specialization, and our drift toward the dead-end politics of identity.

Once we understand this, we can begin to envision a more balanced approach to economics and politics. Piketty argues for a new “participatory” socialism, a system founded on an ideology of equality, social property, education, and the sharing of knowledge and power. Capital and Ideology is destined to be one of the indispensable books of our time, a work that will not only help us understand the world, but that will change it.

Black Marxism: The Making of the Radical Black Tradition by Cedric J. Robinson

Here’s a description of the book from The University of North Carolina Press: 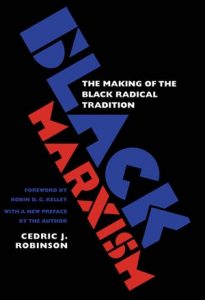 In this ambitious work, first published in 1983, Cedric Robinson demonstrates that efforts to understand black people’s history of resistance solely through the prism of Marxist theory are incomplete and inaccurate. Marxist analyses tend to presuppose European models of history and experience that downplay the significance of black people and black communities as agents of change and resistance. Black radicalism must be linked to the traditions of Africa and the unique experiences of blacks on western continents, Robinson argues, and any analyses of African American history need to acknowledge this.

To illustrate his argument, Robinson traces the emergence of Marxist ideology in Europe, the resistance by blacks in historically oppressive environments, and the influence of both of these traditions on such important twentieth-century black radical thinkers as W. E. B. Du Bois, C. L. R. James, and Richard Wright.